Governor Homer Adkins tells Tolan that Arkansas would not be a good relocation center for any Japanese Americans. 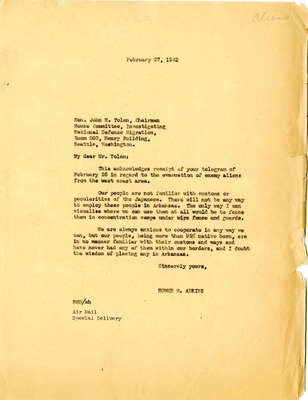