Summary of the monthly reports submitted by block managers from Rohwer Relocation Center on Oct. 31, 1943. 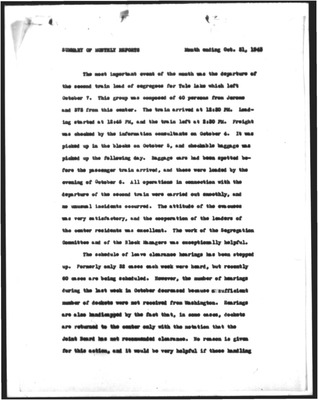