Report on the progress of the segregation program at Rohwer Relocation Center. 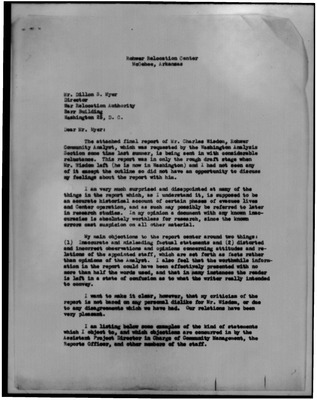