Special report describing the evacuee reaction to the announcement of Japanese surrender, August 30, 1945. 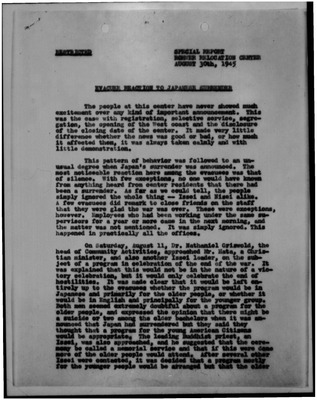