Char. A. Cornell is writing to express interest in hiring Japanese Americans being detained in Arkansas's relocation camps. Governor Adkins is referring Cornell to Paul McNutt, who is with the War Manpower Commission in Washington, D.C. 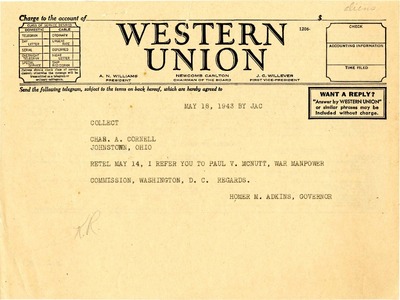