Minutes from a block managers' meeting at Rohwer Relocation Center on March 13, 1945. 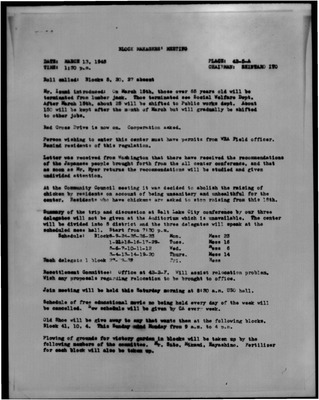