Governor Adkins' Secretary, Levon Twyford, writes to Private Winston Laughin telling him that the new Alien Land Act of 1943 is to protect the welfare of both the State of Arkansas and its interned Japanese Americans. 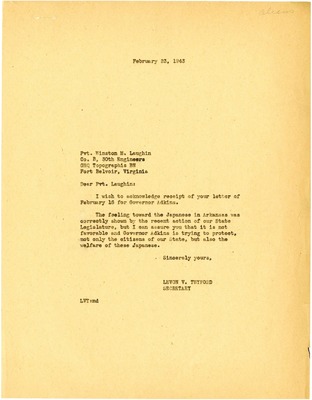