Governor Adkins is writing to acknowledge the letter Mr. Luguet sent to his office requesting permission to hire Japanese Americans. Adkins informs him that the state director of the War Relocation Center, Mr. E.B. Whitaker, is in charge of the interned Japanese Americans in Arkansas. However, it is the position of the Governor's office that all internees remain in the camps at all times. 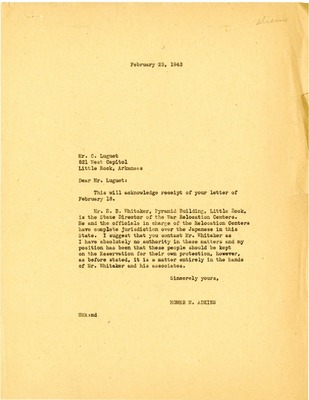