Diary of a WRA Train Representative from Trip 41 from Rohwer Relocation Center to the Tule Lake Center. 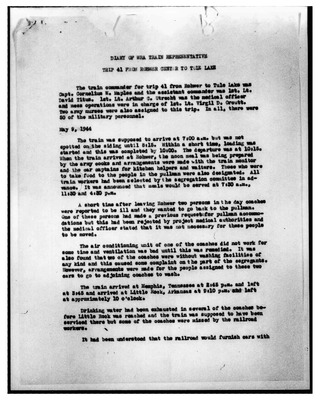