Photograph of an undertaker at gravesite

Photograph of an undertaker at a gravesite. 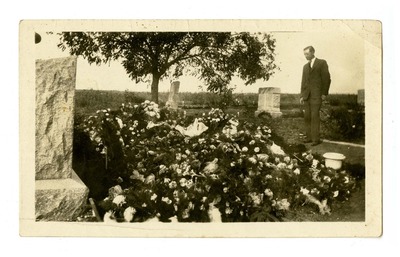