Photograph of Phillip, Henry Sugimoto, Sumile, and Susie at Easter 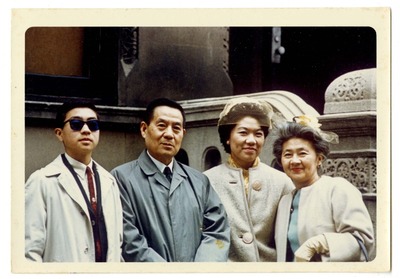