This is a program for Teruo ""Ted"" Fujioka's memorial service in Hollywood, California, November 11, 1945. 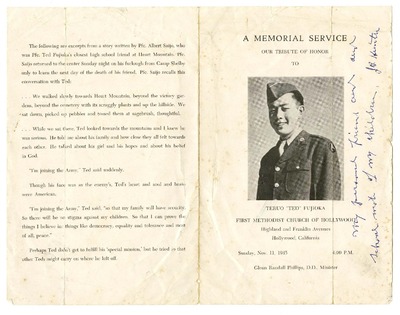