Articles about time spent at Rohwer Relocation Center by Sam Yada and his family. 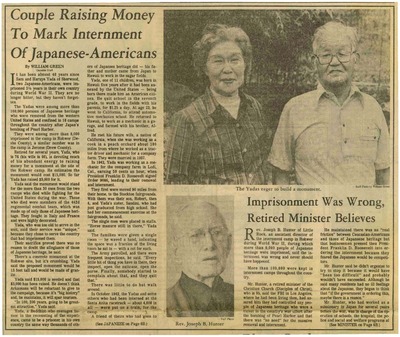