Speech given to the Rotary Club in Little Rock, Arkansas, in May 1981 by Joseph Hunter. Hunter, who was part of a documentary called, "A Place Called Rohwer," talked about his participation in the film and about the people who lived in Rohwer during their relocation. The film is housed at the Arkansas State Archive in the Joseph Boone Hunter papers supplement II, MS.000653. 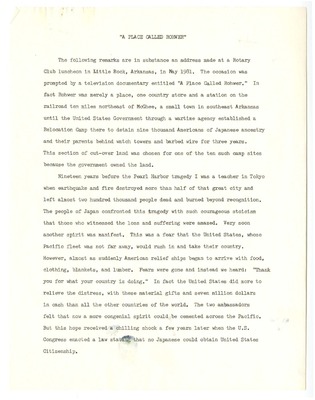