This letter is informing Dr. Hunter that the National Park Service decided that the Rohwer Center Cemetery and Nisei GI Memorial does not fit the criteria for a National Park. 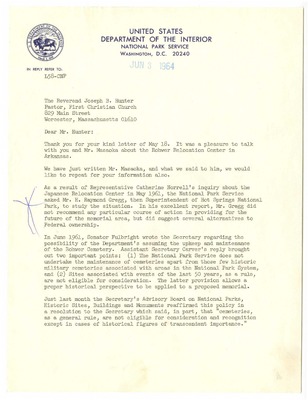