Governor Adkins explains to Mr. Moffatt, that the federal authorities control the relocation centers and the individuals within them. However, Adkins' position has always been that the interned Japanese Americans remain within the guarded gates. 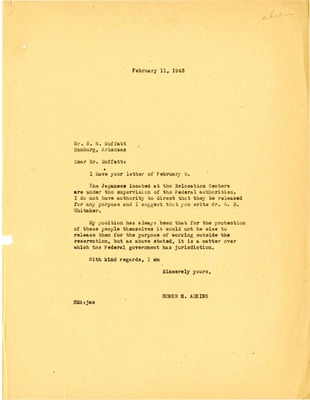