Newspaper article, "10,000 Japs [sic] To Be Removed To Arkansas Camp: Site Will Be Near Rohwer, Desha County"

This Arkansas Gazette article covers the relocation of 10,000 Japanese Americans from the west coast to Rohwer, Arkansas. 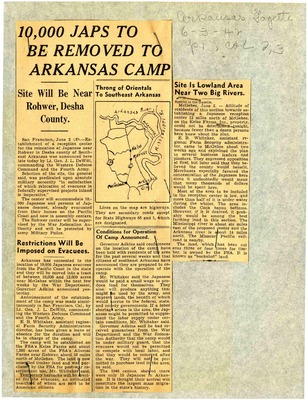