Still life color drawing of a fruit bowl by Ikuko

Still life drawing of a bowl of fruit. Drawn by Ikuko. 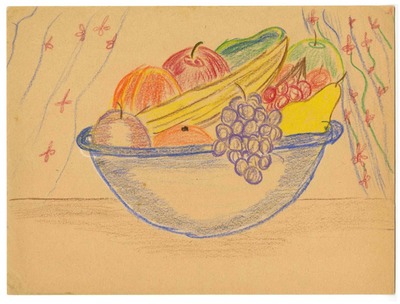