Christmas calendar for the month of December

Single page calendar for the month of December. The calendar has an image of Santa Claus at the top. 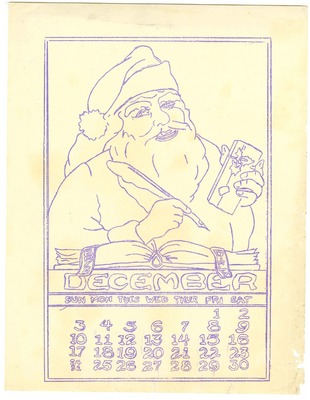