Governor Adkins is informing I.C. Oxner in McGehee that the amount of time the interned Japanese Americans could spend in the town of McGehee will be limited in the future. 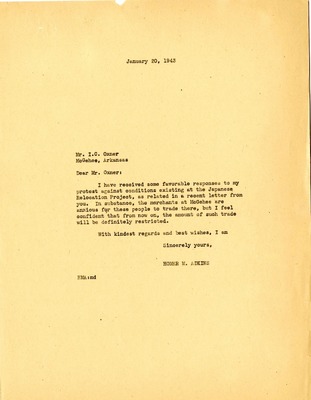