NEW BRITAIN HIGH SCHOOL,
NEW BRITAIN, CONN.
22 Glen St.
New Britain, Conn. Post Card
Hello _____
Thanks for everything
Mrs. Retherford It was
very nice of you. I had
a nice trip to Conn.
The East is a very
interesting place. I like
it. My time has been
very limited to myself.
I've been so busy getting
acquainted with everything
I haven't too much time.
Would like to write a letter but
can't at present.
Give best regards
to all. 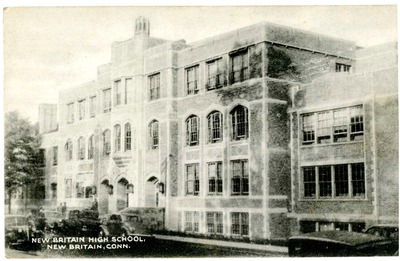