Postcard to an unnamed resident in Block 2 of Rohwer Relocation Center. The postcard is sent from California and written in Japanese.

842 THE ROYAL LUPINE FIELDS OF CALIFORNIA 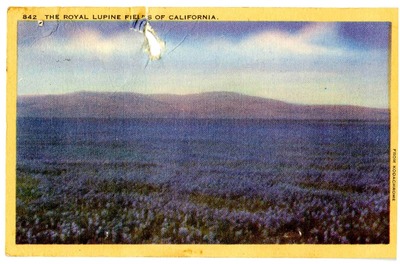