Two-page bulletin with school news issued to Rohwer Relocation Center teachers from the superintendent of schools.

Rohwer's Office of the Superintendent 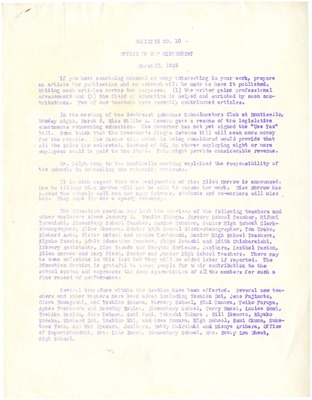