Three-page bulletin from Rohwer's Office of the Superintendent of Schools to Rohwer teachers discussing the importance of teaching, of reducing wartime strain on the children, and the future of Nisei children in American schools.

Rohwer Office of the Superintendent 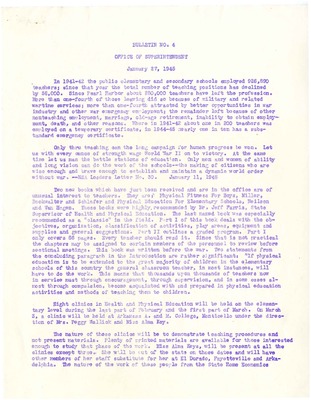