Three-page bulletin to teachers at Rohwer Relocation Center instructing them of rules and expectations for the final semester at Rohwer Schools.

Office of the Superintendent 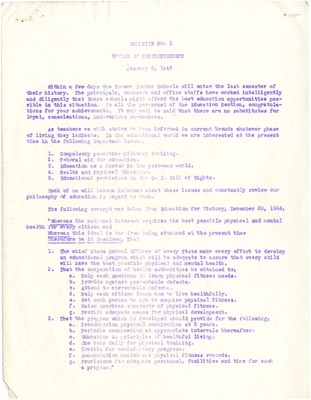