Typed letter from George Kaneko, chairman of the Committee on Arrangements for the War Relocation Authority, to the Friends of Rohwer. The letter is an invitation to a conference addressing the future of Japanese Americans after World War II. 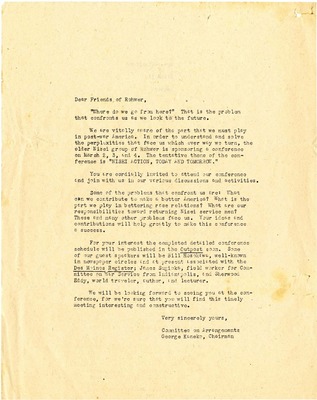