Memorandum from Harold L. Ickes, secretary of the interior, to War Relocation Authority staff. The memorandum addresses the work that will be required to relocate internees now that the war has ended. 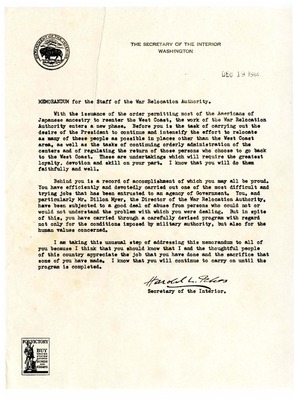