The memorandum addresses work that needs to be done in light of the war's ending and the closure of relocation camps. 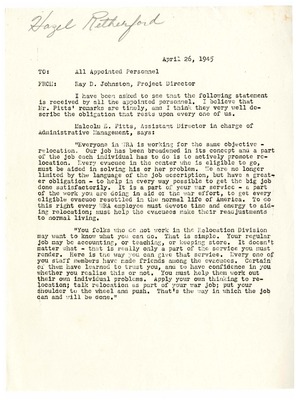