Notice, Executive Committee of the Rohwer Recreation Association to all appointed personnel

Notice from the Rohwer Recreation Association rescheduling a camp barbecue. 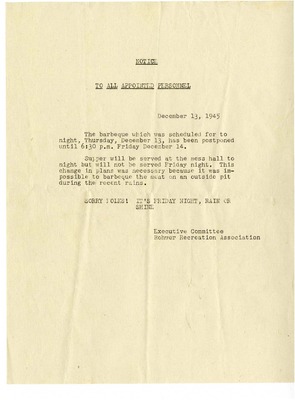