Governor Adkins informs I.C. Oxner that, as Governor, he has taken a firm stand against allowing interned Japanese Americans to leave the camps for any reason. He expresses disappointment that they are speaking Japanese and not English when visiting McGehee and is not happy that they had been allowed to leave the camp. 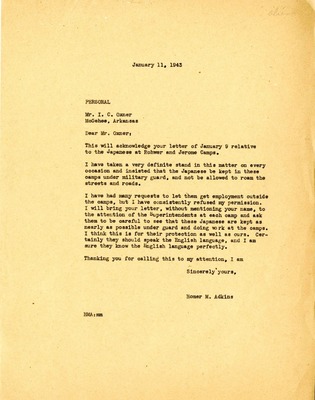