Letter from I.C. Oxner, in McGehee, Desha County, to Governor Homer Adkins. Oxner is angry that Japanese Americans are being allowed out of the camps to shop in McGehee and he is offended that they are speaking Japanese. He states he would like more controls put in place over the interned Japanese Americans. 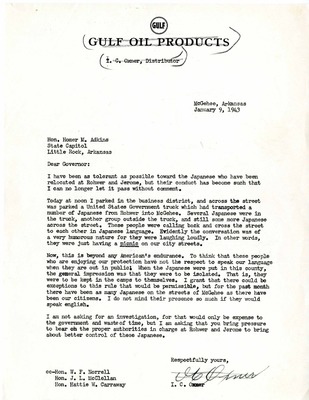