Black and white photograph taken by the War Relocation Authority of Japanese-American youth playing basketball at Jerome Relocation Center. The game was being played in Block 33 between Denson and Rohwer. 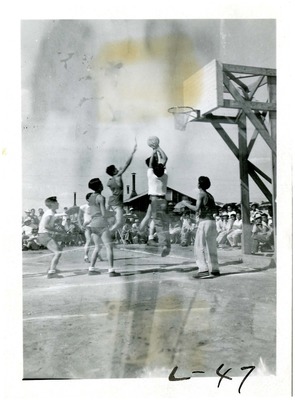