Newspaper article detailing the closing of the Rohwer Relocation Center. 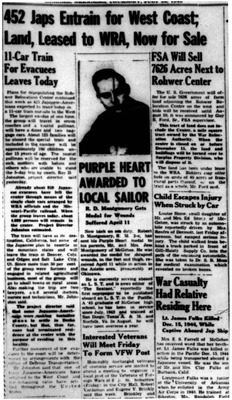