Newspaper article, "Rohwer Japanese May Have Second Car to California"

Newspaper article discussing a second train car to take Japanese Americans back to the west coast. 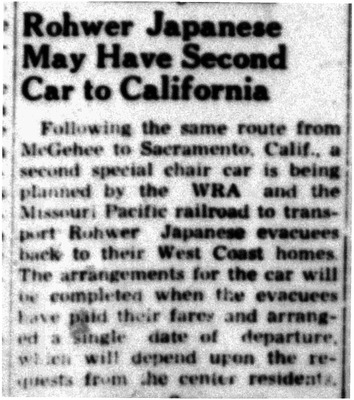