Newspaper article discussing the totals from a WRA Polio Drive. 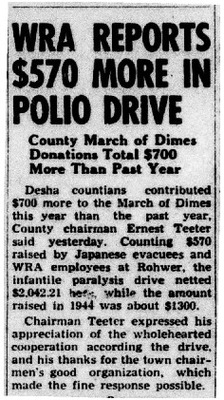