Newspaper article about the arrest of a Japanese couple for driving in Pine Bluff. 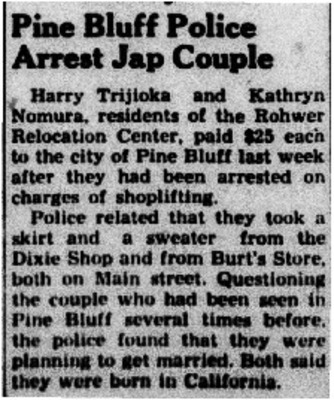