Newspaper article discussing a sermon given at Rohwer Relocation Center. 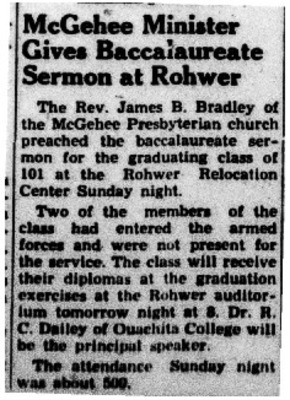