Newspaper article discussing the arrest of Keiji Onigaka for speeding. 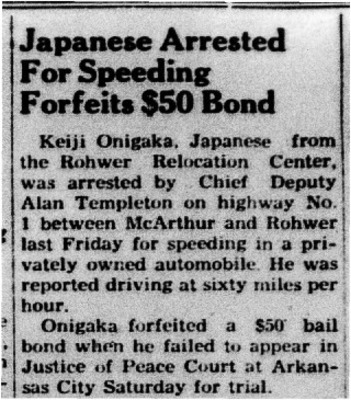