Newspaper article discussing the addition of 410 Japanese from the Rohwer Relocation Center into the United States military. 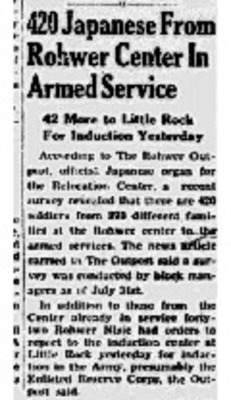