Newspaper article describing the economic impact of internment on McGehee. 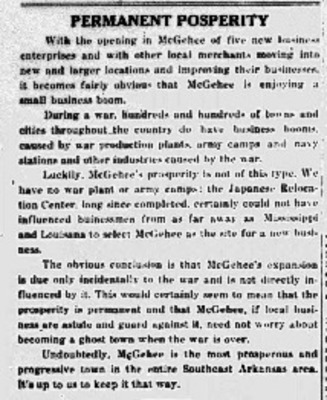