Newspaper article discussing the local response to relocation in Jerome and Rohwer. 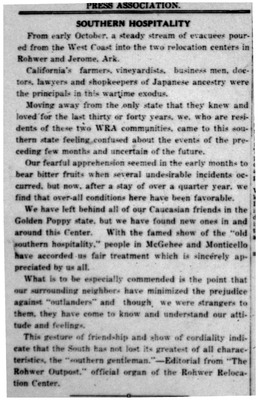