Newspaper article, "To Have Movies at Rohwer Center" 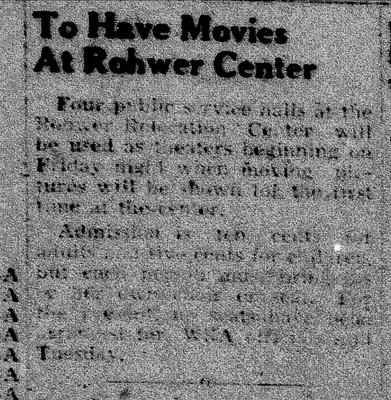