Letter from H.K. Thatcher, Executive Director of the Agricultural and Industrial Commission for the State of Arkansas, to Homer M. Adkins, Governor of Arkansas

A four page detailed description of a meeting with the War Relocation Board in regards to the two Japanese-American internment camps in Arkansas. 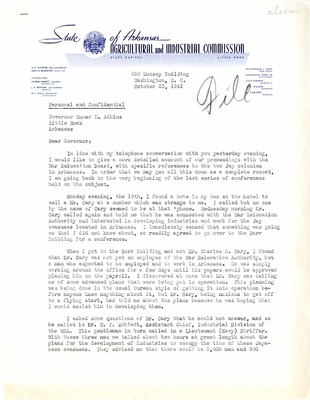