Newspaper article discussing the use of Japanese-American evacuee laborers in Kansas. 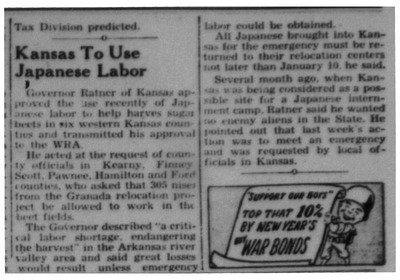