Newspaper article, "A Word from the Ministers Alliance"

Newspaper article giving a message from the Ministers Alliance about Japanese-American Christians. 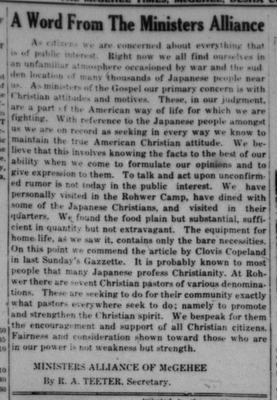