Newspaper article discussing how the Japanese Americans reacted to internment soon after arrival. 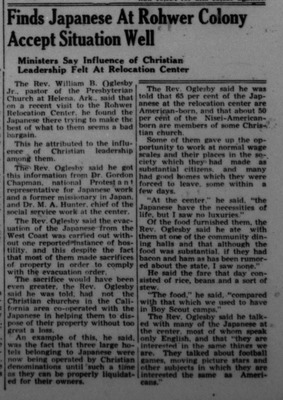