Newspaper article discussing beauticians in the Japanese-American relocation centers at Rohwer and Jerome. 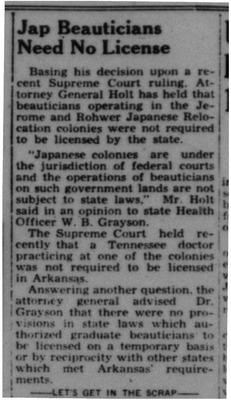