Newspaper article, "Japs [sic] May Not Leave the State"

Article discussing the potential use of Japanese-American evacuee labor for beet harvesting in South Dakota. 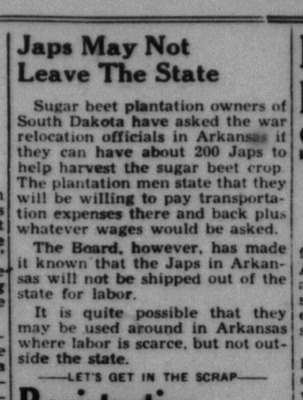