Article discussing the readying of the Jerome Relocation Center for evacuees. 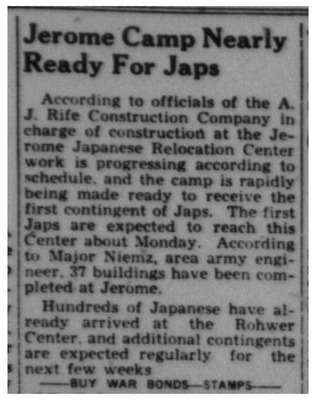