Article discussing Beryl Henry becoming the director of school curriculum for the War Relocation Board. 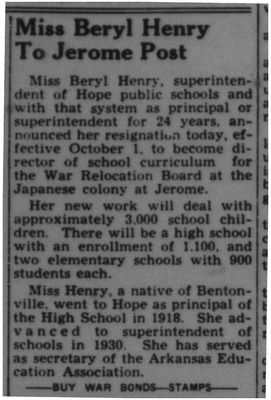